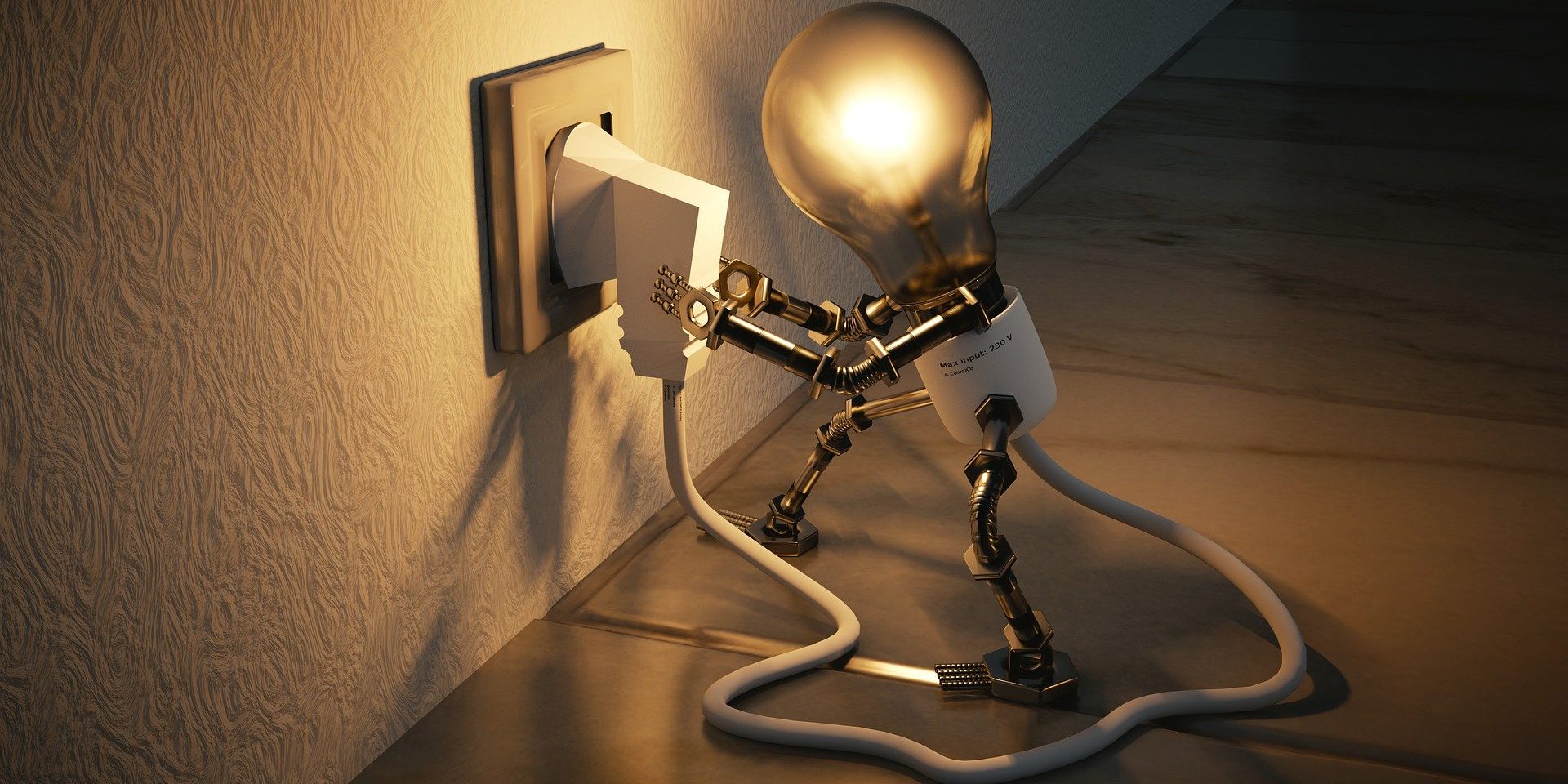 Electricity is so present in our daily lives that we tend to think of it as a fundamental need, just like running water. However, the truth is that human beings have only recently taken advantage of it. Studied since the end of the 16th century, electricity – understood as observable electrical phenomena – was a mere object of curiosity and entertainment before becoming part of our daily lives. If you have ever wondered how and why this change took place, in this short history of electricity you will find all the answers.

In Visual Led, we have been designing LED displays since 2003, so a large part of our activity revolves around this area. Do you want to know the details? If so, read on.

The discovery of electricity: the pioneers

Until the end of the 18th century, the term electricity was reserved for those bodies that, after being rubbed, attracted or repelled each other, an area that is known today as electrostatics. In any case, the attraction of light bodies to objects electrified by friction has been known since antiquity. Its discovery is attributed to the Greek philosopher Thales of Miletus (6th century BC), who saw that after rubbing a small piece of amber energetically, it acquired the property of attracting small particles. Precisely, the word electricity is derived from the Greek elektron, which means ‘amber’. However, the systematic study of electricity did not really begin until the late sixteenth century, by the English scientist William Gilbert (1544-1603), author of the first known treatise on this subject.

Gilbert’s contributions would be taken up by a German, Otto von Guericke (1602-1686), who invented the first vacuum machine. This machine made it easier to attract electrified bodies, since air was no longer an obstacle. Von Guericke was also the architect of the first electrostatic machine: in this case, a large Sulphur balloon that the scientist electrified by rubbing it with his hands. These rudimentary instruments enabled him to discover both the phenomenon of electrical conduction, i.e. the ability of this mysterious energy to be transmitted through certain bodies, and the power of points, i.e. the tendency of pointed objects to exhibit electrical properties.

The latter effect was exploited a century later by the American Benjamin Franklin (1706-1790), after he had proven, in 1752, that lightning is a phenomenon of an electrical nature, a kind of giant spark. This observation, together with Von Guericke’s findings about pointed objects, enabled him to invent the lightning rod. It was a pointed rod that, when placed on buildings or ships, kept them safe from the effects of electricity from the clouds.

In the 18th century, the experimental work that had begun in the previous century accelerated. Other effects were soon discovered, and new tools emerged, while new concepts were defined, an indispensable preliminary step for the knowledge of electrostatic phenomena. We owe the discovery of electrification by influence to the Englishman Stephen Gray (1666-1673), consisting of the possibility of electrifying a body at a distance, without direct contact, as well as the distinction between conducting bodies, which allow electricity to spread, and insulating bodies, which inhibit this transmission.

From positive and negative charges to voltage

In 1733, the French physicist and chemist Charles du Fay (1698-1739) made another key contribution to the history of electricity. Du Fay discovered that there were two types of electricity -what we refer to today as electrical charges-: a first type obtained from rubbing glass, which he called glassy electricity, and a second type obtained from the friction of resinous bodies, which he called resinous electricity. Two bodies with an electric charge of the same nature repel each other, while two bodies with a different electric charge attract each other. This is why Benjamin Franklin adopted the concepts of positive and negative electricity years later.

However, the real revolution came from an unsuspected place: the work of an Italian anatomist, Luigi Galvani (1737-1798) on the muscles of dissected frogs’ legs. In 1791, he discovered that these muscles showed curious electrical properties as soon as they came into contact with two metals of different nature.

Later, the Italian physicist Alessandro Volta (1745-1827) took up the advances of his compatriot and showed that the frog played only a secondary role: the electrical effect actually resulted from the contact of two metals of different nature through a wet cloth. Inspired by this conclusion, in 1800 he developed the first electric battery, which consisted of a battery – hence its name – of copper and zinc discs, among which were interconnected tissues soaked in acid.

This invention revolutionized electricity: unlike the electrostatic machines that had to be charged by friction -and that discharged in a very short time-, the Volta battery produced a kind of continuous discharge that the French physicist André-Marie Ampère (1775-1836) baptized in 1820 as electric current. This concept refers to a displacement of charges within a conductor. In homage to Ampère, the international unit of electrical current intensity, i.e. the number of charges passing through a conductor section per unit of time, is called ampere. In homage to Volta, the term voltage was coined, that is, the capacity of a battery to produce an electric current. The quantity would be expressed in volts.

Another important moment in the history of electricity came with the discovery of electrolysis, which involves the decomposition of a substance in solution into ions by means of an electric current. This was done by means of two solid bars connected to the terminals of a battery (two electrodes, according to the terminology introduced by Michael Faraday a few years later). Electrolysis enabled the English chemist Humphry Davy (1778-1829) to discover a great number of elements that were previously unknown: sodium, potassium, calcium, magnesium, barium and strontium; at the beginning of the 19th century. By replacing the aqueous solution with a gas enclosed in a glass enclosure, the first durable electrical discharges were produced, which would serve as the basis for the first urban lighting devices in the second half of the 19th century. Finally, in 1841, the Englishman James Prescott Joule (1818-1899) observed that the passage of an electric current in a metal conductor caused a release of heat. This is the Joule effect, a phenomenon by which, if an electric current circulates in a conductor, part of the kinetic energy of the electrons is transformed into heat.

This finding would set off a second revolution in northern Europe. In 1820, Hans Christian Ørsted (1777-1851), professor of physics at the University of Copenhagen, observed that a conductor wire with an electric current was deflecting a magnetic needle placed nearby. This experiment, while revealing for the first time the existence of magnetic effects of electricity, inaugurated the study of the interactions between magnets and cables crossed by currents.

This study had considerable theoretical implications. For example, it showed that a magnet could move a conductor wire through a current. Taking advantage of this effect to turn on an electric circuit, Michael Faraday created, since 1821, what can be considered the ancestor of the electric motor.

On the other hand, the experience of Ørsted proven the existence of links between electricity and magnetism. The two domains were unified by the Scottish James Clerk Maxwell (1831-1879) in 1864, giving rise to electromagnetism.

The era of great inventions

The second half of the 19th century was marked by a spectacular development of industrial or electrotechnical electricity. The Volta battery was soon replaced by more efficient batteries, such as the Daniell battery (1836), the Bunsen battery (1841) or the Leclanché battery (1864). In 1859, the Frenchman Gaston Planté (1834-1889) developed the first rechargeable battery or accumulator. Generators experienced a similar boom: the invention of the dynamo in the 1870s by Zénobe Gramme (1826-1901) heralded the appearance of the first alternating current generators or alternators, in particular thanks to the work of the Croatian engineer Nikola Tesla (1856-1943). These devices, powered by huge power plant turbines, are the central element in the production of electrical energy. The development of generators naturally accompanied that of inverse devices, better known as electric motors.

These advances contributed to the development of electricity applications throughout the last century. Already in 1839, the first telecommunications instrument that works using electrical signals transmitted along a cable appeared in England, the telegraph, developed by engineers William Cooke and Charles Wheatstone. In 1876, the American Alexander Graham Bell (1847-1922) used electrical signals for the first time to transport the human voice from a distance: the telephone had just been born.

Soon it was the turn of transportation to be electrified: the first electric tram, by German engineers Werner von Siemens and Johann Halske, dates from 1879. The first electric train, invented by Thomas Alva Edison (1847-1931), dates from 1880. Edison was also the driving force behind many inventions, such as the phonograph, the film camera and the incandescent bulb.

Thanks to the development of electrical transformers in the 1880s and the high voltages that these devices made possible, it was possible to extend the distance of electricity transport from its place of production to the heart of the cities, which meant an urban revolution. This also marked the birth of illuminated signs, which marked a turning point in the history of advertising.

At this point in the history of electricity, we could stop at many other aspects that allowed for the evolution and refinement of lighting, such as LED technology. Or the birth of the first television set, created on January 26, 1927 by the Scottish John Logie Baird (1888-1946). However, there are so many advances and are all so decisive that they deserve a separate post.

In any case, if you want to know more about LED screens, do not hesitate to contact Visual Led, by phone, calling (+34) 977 271 074; by e-mail, writing to comercial@visualled.com, or filling out our form. We will be happy to assist you.