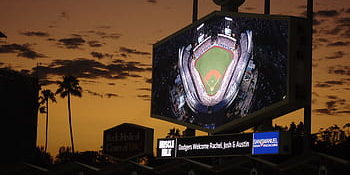 Did you know that, according to a recent study by Global, 85% of brands and agencies plan to increase their advertising investment? This figure illustrates the importance of this aspect in any marketing strategy. And although the Internet is usually the star medium, indoor and outdoor advertising is also gaining ground in shopping malls and big cities. Are you thinking of boosting your sales with this option? If so, and although we have already explained how LED technology works, it is important to also know what the advantages of LED are over LCD displays, two technologies that, at first sight, can be quite similar.

Before explaining the advantages of LED over LCD displays, we should highlight that the demand for this type of product for shop windows is booming for several reasons. One of them is that LED screens fulfil their function much better than their predecessors, LCD screens, because of the excellent image quality they provide and their ability to attract the attention of passers-by on the public highway.

But what is the difference between the two technologies? First of all, the technology of any LED TV is similar to that of the LCD screen, since, technically, they are also an LCD (these are the acronyms of the concept ‘liquid crystal screen’). However, there is a fundamental difference between the two: the generation of light. In the case of LCDs, the light is provided by neon tubes, whereas it is LED bulbs (light-emitting diodes) perform this function in LED displays.

The reason why LED is better than LCD

In view of the above, we should consider that LED technology has an advantage over LCD, as the lighting is much more uniform.

On the other hand, the number of diodes on LEDs are than the number of neon tubes on LCD screens, which means that the lighting is higher quality. In addition, this makes LED displays thinner. The color contrast is also higher, providing a sharper and higher quality image.

Another benefit of LED has to do with the conservation of the planet. The reason is that LED, being a mercury-free technology – unlike other monitors – is more environmentally friendly and sustainable. It is also better for people’s health, as exposure to mercury, even in very small quantities, can cause serious problems and harm fetuses when it comes to pregnant women. Mercury is equally toxic to the digestive system, the nervous and immune systems, the skin, the eyes, the lungs, and the kidneys.

Want more advantages of LED over LCD? Here’s another one that will help improve your business numbers: while the life of an LCD is usually no more than 60,000 hours, until its light source burns out, LED displays can run for between 60,000 and 100,000 hours. However, it’s not just about quantity, but also quality: while LED TVs are equipped with technology that always provides an optimal color palette, even when the color starts to fade, the LCD starts to show more and more black dots in the picture, due to continuous use (and corresponding to neon tubes that have stopped working).

And since we are talking about image quality, we should also refer to the behavior of the liquid crystal displays – both LEDs and LCDs – when they are directly affected by sunlight. For example, when we are in front of LED screens in shop windows or giant LED displays that emit during daylight hours (video scoreboards in stadiums would be a case in point). In this context, only LED technology can guarantee optimal viewing conditions at any time of day.

In relation to outdoor displays, we should also bear in mind that they require special protection, both against rain and vandalism. When this happens, only professional LED displays can offer this advantage.

Get your LED display at the best price

Now that you are clear about the advantages of LED displays over LCD, you are probably considering purchasing an LED monitor for your business. This is where we get to the million-dollar question: how much does an LED display cost? The question is not simple, since the final bill will depend on several factors, such as its equipment or its dimensions. In Visual Led, in addition, we design LED screens to fit your needs and investment capacity.

Do you want to know how much an LED display would cost you? If so, we encourage you to calculate the price of an LED display online. You only have to introduce the requested variables, and you will instantly receive an estimated budget without any commitment of purchase on your part.

Of course, we must not lose sight of the fact that the marketing of outdoor LED displays is relatively recent and is part of a marking regulated by the laws of each country. Therefore, in some territories, certain formats must be adapted to the current legislation.

In Visual Led, we are experts in LED advertising screens since 2003 and we provide digital advertising solutions in over 30 countries. If you want to know how we can help you boost your business, call us at (+44) 203 769 5276, send us an e-mail to comercial@visualled.com or fill in our contact form. We will advise you with honesty and professionalism.